‘Somebody Somewhere’ is here!

As a trickle of occasional screenshots turned to a stream of “Have you seen this???” text messages, Louise’s West general manager PJ Mather was delighted by the neighborhood bar’s brush with fame yet completely in the dark as to the how and why—right up until Mather pointed out the pub’s front window on a recent Sunday afternoon and shouted, “There she is!” Sure enough, in walked Everett (cradling her pup, LuLu) with her brother, Brock, c’92. “We like to stop through and grab a schooner during our trips home,” reports Brock, whose own acting career got a boost with his role as a cop in the movie “Good Mourning,” directed by Machine Gun Kelly. “I, of course, needed some championship garb. She grabbed some Louise’s West swag, so possibly there will be a sighting in season 2 of ‘Somebody Somewhere.’” 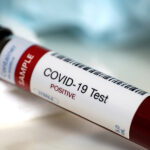