issue 4, 2019
other articles
BY CHRIS LAZZARINO

f stereotypes are ever to be destroyed, they first must be illuminated, with context from our often unpleasant cultural histories and folklore, and explained: How might certain ways of thinking have become so pervasive?

Professor Christopher Forth chronicles the origins of our obsessions with body shapes in his latest book, Fat: A Cultural History of the Stuff of Life, which drew wide U.S. attention with The Atlantic’s publication of a 2,000-word excerpt in its May 26 issue. “Although one can trace the roots of specific fat stereotypes—as well as contempt for fat bodies—back to antiquity, the relentless and intense denigration of fatness that we see today is quite modern, and has been especially nasty since the 1980s,” says Forth, Dean’s Professor of Humanities and professor of history. “Having said that, there is no period in Western history where fatness was accepted without qualification or some degree of ambiguity.”

Forth spoke with Kansas Alumni while attending a June conference on cultural history in Tallinn, Estonia, where, he says, his presentations were well received by international colleagues. Fat also generated what he describes as positive reviews in the United Kingdom and Australia, where it was published this year by Reaktion Books before gaining notice in the U.S. with The Atlantic’s excerpt, in which Forth describes unsettling tales of an 18th-century Italian countess “reduced to ash and grease” by her unstable mix of fat and alcohol.

Although weird tales of spontaneous human combustion perhaps have endured long enough to dampen our reaction to the countess’ fiery demise, other historical episodes are cringeworthy, including Forth’s accounts of the disturbing belief in human fat as salve and medicine, which fueled lucrative side gigs for executioners and anatomists.

Spanish conquistadors instilled panic within indigenous nations they conquered in no small part because they harvested victims’ fat stores for treatment of their own wounds. Present-day Andeans, Forth writes, still fear a bogeyman, often depicted as a white man, who “harvests Indian fat for medical and cannibalistic purposes.”

Among the many fat-related topics Forth explores—agricultural, geographical and social-class factors across the centuries, for instance—the most unsettling insights might be what he found in modern Western culture. Now that the concept of obesity—a word Forth avoids as a “pathologizing medical term”—as disease has taken root, fat people are fair game for abuse and ridicule, even from doctors, who can be known to dismiss corpulent patients as lazy and unlikely to follow sound medical advice.

Worse still is the scarring inflicted upon overweight children.

Forth says Romans “encouraged girls to be relatively slender,” and medieval books discouraged “training fat boys to become knights.” One well-known Italian physician, Forth says, even suggested that boys who did not shed their baby fat by adolescence be expelled as outcasts.

“An interest in childhood corpulence has a long history,” Forth says, “but it, too, is nothing compared to today’s obsessions. 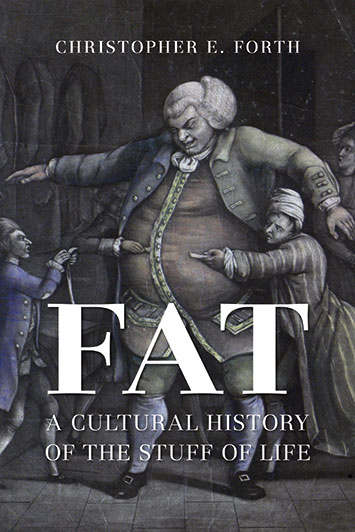 Fat: A Cultural History of the Stuff of Life
by Christopher E. Forth
Reaktion Books, $32 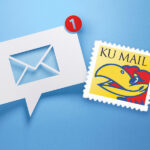 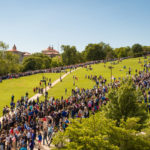