A neighbor asked for some tunes to kick the quarantine blues, so Ptacek gladly picked up his guitar and played—with father-son bandmates Paul Matthews, c’88, on bass and Robbie Matthews on drums and lead vocals. Their first performance drew neighbors, friends and fans. As word spread through local media and Facebook, crowds grew for concerts on April 23 and May 2.

Marlowe, c’93, introduces the musicians, films concerts and maintains LSD’s irreverent Facebook page, confessing, “I’m having way too much fun with this.”

The band is the first joint musical venture for longtime friends Ptacek and Paul Matthews, who both played jazz at KU as students and have jammed with dozens of groups through the years. Robbie, 19, is a prodigy who began performing at age 5 with his dad. The three played their first gig at White Schoolhouse (formerly Ichabod’s) north of town before the pandemic canceled a date at downtown’s Replay Lounge.

As for the band’s name, Paul credits Ptacek. “Clay brought it up, and that was it,” he says. “I’ve been in like 30 bands, and the hardest thing is coming up with a name. If you have a cool one, that’s something.” Ptacek, whose guitar heroes include Keith Richards and Jeff Beck, says the wordplay alludes to flashy guitar riffs and today’s ferocious political climate.

Their rousing set list features original tunes, including a song named for the band and crowd favorite “Horizontal Mohawk,” plus The Beatles’ “I Am the Walrus” and a fitting finale: The Who’s “Won’t Get Fooled Again.”

We tip our hats—and await the next gig.

“My design was inspired by radio waves playing across the land, spreading news and music,” says Daniele Green, an elementary school art teacher whose entry prevailed over 28 other designs. More than 1,200 listeners voted on finalists chosen by KPR staffers.

The Tecumseh native’s design will decorate the 2020 membership mug, which the NPR affiliate plans to distribute later this year. 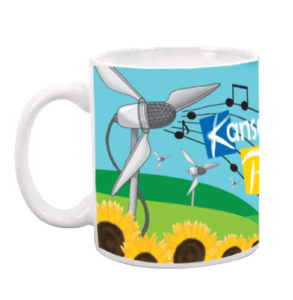 Painting for a cause

The news hit the Kansas City artist hard: Kids who relied on their school lunch programs were going hungry, often without a single meal in a day. Mike Savage, f’80, decided to help by raffling a painting, feeling confident that his friends and followers would welcome the chance to pitch in. And did they ever. With the help of his daughter Annie, c’20, Savage set a modest goal to raise $1,000 for the foundation No Kid Hungry. Participants who donated were entered to win his original painting depicting bright Kansas wildflowers. By mid-May, generous donors had raised more than $7,000. Additional purchases of prints will also benefit the foundation, and can be found at Sav-art.com.

Back when light-hearted puppy fun was still an accepted part of our daily agenda—the foggy, distant era of Feb. 20, B.C.—Phog the mini goldendoodle rocketed to stardom as the winner of One Day. One KU.’s inaugural pet photo contest. By sweeping Instagram voting, the beautiful boy won $250 for his owner, KU senior Kayla Willis, who donated the prize to School of Education scholarships.

Willis picked up Phog from his Oklahoma breeder the day she finished finals in spring 2019, and she now reports that her prized pooch—who has nearly 1,200 followers on his own Instagram page, @Phogthedood—is more treasured than ever as a constant companion during social isolation.

“Oh my gosh, yes, and even with him, I’m still going crazy,” says Willis, who plans to graduate in December with a community health degree and then make her way into graduate school to become a physician assistant. “But, yes, he’s been getting lots of walks and lots of play time.”

As well he should, as a special reward for giving us all paws from daily doses of unhappy news. 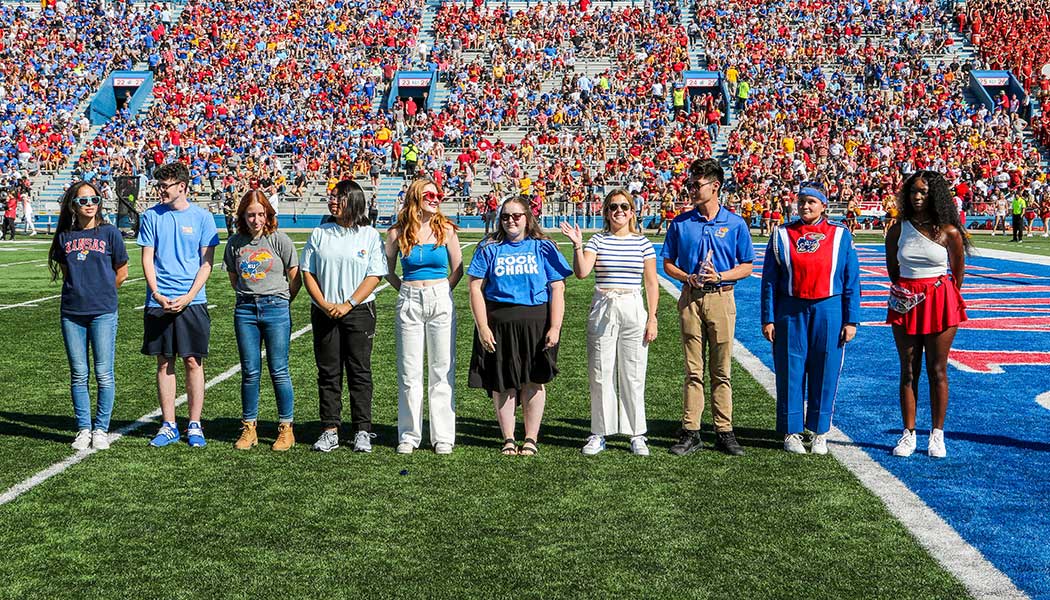